United States Olympic Museum and Hall of Fame Tops Out

Colorado Springs, Colo. – April 27, 2018 – The U.S. Olympic Museum and Hall of Fame Board of Directors, staff, construction team, project partners, stakeholders, donors, community members and the Olympic family celebrated a construction milestone today with the ceremonial placement of the last structural steel beam in the exhibit portion of the museum. This event is a traditional celebration in the construction industry and marks the midpoint of the project. It also serves as an acknowledgement of the tremendous progress made in constructing the facility to date, and recognizes the individuals who have contributed to the project.

“We are proud to celebrate this exciting milestone today with donors, partners, stakeholders, the community, and the Olympic family. It is evidence of the excellent work completed to date, and motivation for the team to pursue excellence in the work still to be done. We look forward to celebrating other exciting milestones in the coming months, as the building truly begins to resemble the final product,” said Dave Ogrean, Board Chair for the U.S. Olympic Museum and Hall of Fame and former Executive Director of USA Hockey.

The U.S. Olympic Museum will be the new home of the U.S. Olympic Hall of Fame, a dynamic tribute to inductees – including athletes, coaches, leaders and supporters of the U.S. Olympic and Paralympic movement—and their compelling stories. The 60,000-square-foot building will embody the forward-looking values of Team USA, with highly interactive exhibit space, a state-of-the-art theater, gift shop, café, and broadcast studio.

About the U.S. Olympic Museum

The U.S. Olympic Museum and Hall of Fame honors the ideals and documents the history of the United States Olympic and Paralympic movement, and celebrates the achievements of its athletes. The Museum broke ground in June of 2017 and is under construction in downtown Colorado Springs, Colorado. Part of the $250.6 million City for Champions initiative, the completed museum will feature a 20,000-square-foot exhibition hall and additional flexible space for special events and Olympic gatherings. To learn more, please visit http://www.usolympicmuseum.org. 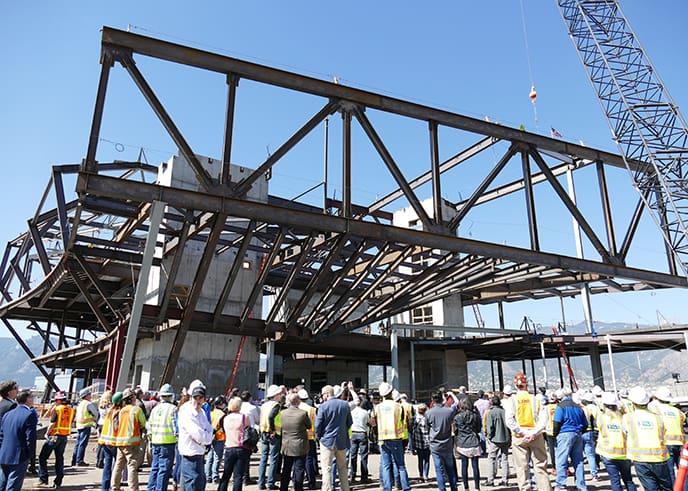