After the inaugural shovels of dirt were scooped by current St. John’s residents Phyllis Osborne and Peter Haan, other dignitaries took part in the shovel ceremony, along with some kids from St. John’s child care center and the surrounding community. A short program about the facility and the fundraising campaign followed.

This 72,000-square-foot complex, designed by AndersonMasonDale Architects, will occupy the northwest corner of medical campus and consist of five 16-bed neighborhoods – totaling 80 beds – as well as a 11,000-square-foot town square for reception, staff offices, and dining and culinary services. A 6,000-square-foot basement will also be constructed; it will provide ample space for central services, laundry, and storage.

“This facility will bring so much to the residents and community here. We are thrilled to continue our relationship with St. John’s support of the Jackson community by delivering this facility and embracing the spirit of Sage Living,” said Jim Johnson, President and CEO of GE Johnson.

This new center will replace the current St. John’s Living Center facility. It will be the only program in the Jackson Hole area to provide long-term nursing care with private rooms; specialized Alzheimer’s and dementia support; and an acute physical and functional rehabilitation program for those recovering from injuries and illnesses such as strokes, traumatic injuries, COPD, and heart failure.

For more than half a century, GE Johnson has been dedicated to enriching our communities by leading and building projects with the best people and ideas. The company embraces the power of ingenuity and trusting relationships, and values integrity, safety, collaboration, and excellence. GE Johnson is headquartered in Colorado Springs, Colorado with offices in: Denver, Colorado; Vail, Colorado; Jackson, Wyoming; and Oklahoma City, Oklahoma. 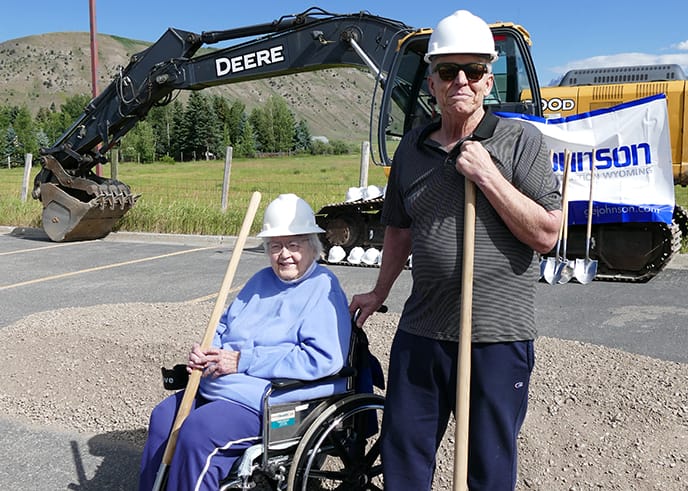